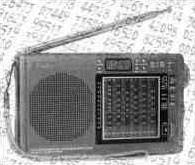 Last Thursday the Attorney General of the German federal court has released a statement with the indictment of the spy couple, arrested in October last year during a spectacular raid.

Allegedly working as SVR agents, Andreas and Heidrun Anschlag are now charged with collecting information on political and military strategy of the EU and NATO. They are also accused of running an agent inside the Dutch Foreign Office who provided them with additional EU documents.

According to the Attorney General, they operated for more than 20 years in the Federal Republic of Germany as agents of the Russian foreign intelligence service SVR. Using fake passports and pretending to be Austrians of South American descent, they had created a legend (a fictitious life) to move to Germany and build up an innocuous civilian life.

The indictment also sheds a light on their agent communications. The couple used dead drops to exchange information with their Dutch agent, whom they also have met. Throughout their spy career they had regular contacts with their Russian handlers, receiving instructions mostly by means of shortwave radio (Agentenfunk). The information they collected was usually transmitted to Russian intelligence by satellite link but they also used an Internet video portal to convey hidden messages. The couple received an annual 100.000 Euros in recent years.

This is another textbook example spy case that shows that the Cold War  is far from over. In fact, the good old spy techniques like dead drops and shortwave numbers stations are still used extensively in today's secret wars, albeit sometimes beefed-up a bit with modern technology. The shortwave spy stations now often operate with digital modes instead of reading the numbers by voice, and even wireless electronic dead drop caches, disguised as a rock, to replace small hidden containers. Nevertheless, the old dead drop is still standard spy trade craft.

This spy case, and cases like the Estonian Herman Simm, spying on NATO and EU, the SVR spy Ring in the United States and the Kendall Myers and Ana Belen Montes (pdf) cases show that espionage never declined after the fall of the Iron Curtain. On the contrary, only two weeks ago, Alain Winants, head of the Belgian state security service, confirmed in an interview that Brussels, with all its EU offices and NATO headquarters, is now a most active world capital of espionage.

Without the restrictions of the Iron Curtain, separating the world into East and West, espionage has gone global and probably on an even larger scale than before. Especially economical and technological (corporate) espionage between Russia, China, the United States and Europe (to name a few) is now driving what I usually call the "Cold Peace" (since some idealists believed it to be useful to retire the term "Cold War").

These targets aren't new. A well known Cold War era example is the Soviet KGB Directorat T, very effective in collecting (read stealing) mostly military science and technology (see also Farewell Dossier). The only difference is that all those top notch spy organisations now point their experienced arrows to unsuspected civilian companies, officials and politicians who don't have a clue about what is stolen right under their noses. Those who are living the neo Cold War dream can always visit websites like Intell News or Global Security to wake up.

For more details on the arrest of the  spy couple and their background, please visit my previous post Russian Spies Arrested in Germany with many additional links. Official statements are in the press release by the Attorney General of the Bundesgerichtsamt. More on the Dutch diplomat who worked for the couple is found on Intellnews.org.

Talking of espionage on shortwave, take a peek on my website with pages on Numbers Stations and Cold War signals intelligence, both still going on today.

Update January 16, 2013: a closed-door trial of Andreas and Heidrun Anschlag is due to start in Germany (via IntelNews)

Update: another new spy scandal has emerged only days after this one. More about this new case in Russian Network Arrested for Illegal Export.
Posted by Dirk Rijmenants at September 29, 2012
Labels: cold war, espionage, intelligence
Share to TwitterShare to FacebookEmail ThisBlogThis!