Both the United States and the former Soviet Union ran numerous aggressive Signals Intelligence (SIGINT) operations against each other during the Cold War era. A most spectacular one was operation Ivy Bells, a top secret joint operation between the US Navy, the Central Intelligence Agency (CIA) and the National Security Agency (NSA). Ivy Bells enables the eavesdropping on high level communications of the Soviet Pacific Fleet.

Communications cables were, and still are, an interesting target for intelligence agencies. The 1953 Berlin Tunnel operation is a well known example of the tapping of a land cable. Especially in the pre-satellite era, undersea cables were the only method of high-volume communications between continents or islands. In the early 1970's, the US discovered the existence of such an undersea cable in the Sea of Okhotsk, in the north-east of the Soviet Union. 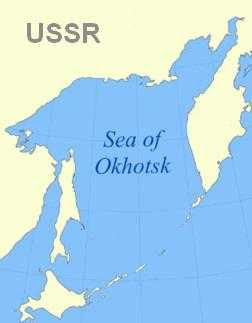 The cable connected the Soviet naval submarine base in Kamchatsky, north-east of the Kuril Islands, with Vladivostok Fleet headquarters in the south-west. Both bases played an important role in the Soviet Pacific Fleet communications.

Although a very attractive intelligence target, the Sea of Okhotsk was Soviet territorial waters, forbidden for foreign ships and heavily protected. The Soviets also carried out many surface and subsurface naval exercises in these waters. An attractive target but far from friendly enviroment.

Despite the high risks to a SIGINT operation in that area, US intelligence could not pass this opportunity and started a most complex top secret operation to tap into the Okhotsk cable. In October 1971, the nuclear submarine USS Halibut (SSGN-587) entered the Sea of Okhotsk in search of the cable. Saturation divers with special rebreather equipment eventually found the cable at a depth of 400 feet (120 m) and installed a 3 feet (1 m) long tapping device, which was wrapped around the cable to register the signals by induction. This avoided the need for piercing trough the cable.

The signals were recorded on tapes that were recovered on a regular basis. To its surprise, NSA discovered that the Soviets felt so confident about the security of the undersea cable that the majority of the communications were unencrypted. Needles to say that the gained intelligence was invaluable. Due to its success, Bell Laboratories was asked to develop a new tapping device that could capture more lines simultaneously from the cable and could record for several months.

The new ingenious tap, which was installed the next year, measured 20 feet (6 m), weighed 6 tons and had a nuclear electrical power source. Each month, the USS Halibut divers retrieved the recording tapes and installed new ones. Back in the US, the tapes were analysed by the NSA and processed for further use in the intelligence community. It proved to be a spectacular intelligence coup. The tapes provided a front seat view on Soviet naval operations. 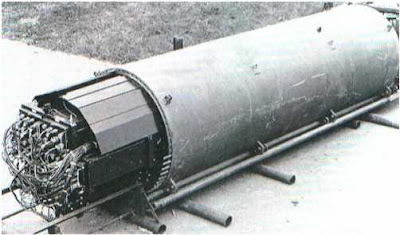 Operation Ivy Bells's success lead to further operations to install more advanced tapping devices onto other Soviet undersea cables across the world. Several other submarines were brought into the operation to install taps and retrieve recordings. The operation lasted for a decade, until surveillance satellites showed several Soviet war ships on top of the Okhotsk tap. A US submarine later discovered that the tapping device had disappeared.

As it turned out in 1985, the top secret operation was betrayed in 1981 by Ronald Pelton, a former NSA employee. Nonetheless, US intelligence retrieved an enormous quantity of military information during the ten years of tapping the undersea cables, giving them an important lead in the Cold War.

More about Operation Ivy Bells on Special Operations Com and on Everything2. On AboutSubs you'll find more on the heroic USS Halibut (SSGN-587) and there's a 1960 video on USS Halibut on New Zealand History. The closed circuit rebreather equipment, used by the saturation divers during operation Ivy Bells, was still classified at the time. Detailed photos about their GE Mk 10 equipment here. FAS published the interception capabilities 2000 report, which includes information on subsea cables and submarine cable interception. More about the Berlin Tunnel land-line tap on this previous post.
Posted by Dirk Rijmenants
Labels: cold war, espionage, intelligence

SIGINT (signals intelligence) and communications security, cipher machines, cryptology, espionage and intelligence services, from WW2, over the Cold World era, to date. Discover this blog through the recommended reading page.

Quote: It is easy to predict the future as humans excel in repeating their errors from the past.